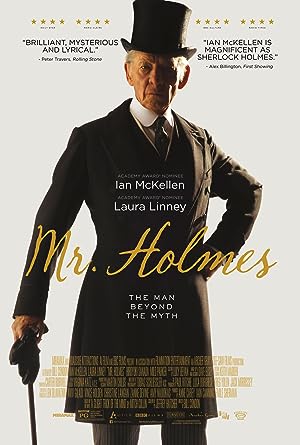 The story is set in 1947, following a long-retired Holmes living in a Sussex village with his housekeeper and her young son. But then he finds himself haunted by a thirty-year old case. Holmes memory isn’t what it used to be, so he only remembers fragments of the case: a confrontation with an angry husband, and a secret bond with his beautiful, but unstable wife.